Many who have been in a relationship know that the hardest part is overcoming the break-up.  However, the real newsflash is that your ass just won’t let go.  Therein lays your problem.

Dealing with a break-up isn’t that difficult if you know the two basic rules of “getting over” it.  (1) Letting go and (2) Moving on.  When you are hung up on a relationship, you automatically sabotage any chance of new love.  The best kind of love is a new one.  You have to let go of the old so you can welcome the new.

I know it’s hard.  You’ve had to endure a lot of ‘almosts’ in your love life and you want to know why you’re having such bad luck in love.  The answer is simple.  You have dependency issues.   For some odd reason you can’t seem to cut it as a person with your own purpose to exist, so you must latch on to someone else.  Well I’m going to help you out.  We’re going to talk about the two basic rules of “getting over it”, so you can get on with your life and stop being a nuisance to anyone else.

As an abstract concept, getting over a broken relationship usually refers to a deep transgression of a failed attempt of caring for another person – most common in intimate relationships.   This limited conception encompasses a wealth of different feelings, from regretted post sexual intimacy to just plain crazy.

Pay close attention.  Eventually you’ll be lucky enough to get yourself hitched.  In the meantime, if you know the two basic rules of getting over being dumped, you can save yourself a lot of misery and Kleenex.    It’s simple.  Follow along:

The first and most important part of getting over being dumped is to keep busy and let go.  Lock yourself in a room and duct tape your eyes open long enough to preview the entire ‘Fact of Life’ series.  I don’t know exactly what this will achieve, but it’s sure as hell going to keep you from bugging the sh*t out of anyone.  Your ex doesn’t want to hear from you and your friends smelled your break-up coming a mile away.   Face it, you’re a loser.  It’s in your DNA.

Take up a hobby.  Go bungee jumping.   Whatever you do spend all of your quality time discovering what it’s like to get on your own nerves.  You’ll be so consumed with learning that you annoy the hell out of yourself that it will become increasingly difficult to get on the nerves of others.  The point here is that you can’t overcome a break-up if you continue to deny that something is wrong with you.  By the time you’ve realized how crazy you are, you will have forgotten all about whatshisname. 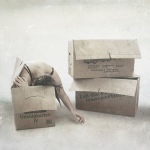 After you’ve dealt with the fact that you’ve been dumped, it’s time to move on.  It’s the common phrase in every bad ending relationship.  “Move on you jerk!”

I know everyone says moving on too quickly is not a good idea, but no one says you have to get into a serious relationship right away.  That’s what got you into this mess to begin with.  Stop being so clingy and needy, you wuss.

Seeing new people will keep your ex off your mind, and it’ll do your ex an even bigger favor (because they want you off their back).  Chances are they’ve told you to take a hike, kick rocks, play in traffic or pull your own tongue out so you can never speak to them again.

Don’t get angry or be hurt by the rejection.  You should be used to it by now.  It’s probably not the last time you’ll be dumped.  At least you’ll be prepared for the next rejection if you’re lucky enough to get into another relationship.

Before I let you go, I’m going to give you a word of advice.

If you’re still single or have been dumped from every relationship you’ve ever been involved with, then your ass is in trouble.  Otherwise, take a look at the list below for tips on assessing if your relationship is taking a nose dive.  These tips will save you a lot of time in collecting a bunch of rocks to put in your pockets before you decide to jump in the nearest river.

Signs Your Relationship is on the Rocks:

Trust me, the list goes on.  But if you haven’t gotten the point by now, then you are doomed to your dependency issues for the rest of your days.  Good luck, kiddo.  I want you to take these helpful hints and go get yourself a little self-esteem.  Life is hard but doable.

All jokes aside.  Take a little time to get to know yourself.  Find out what makes your inner jack ass tick.  The more you know about yourself, the less your chances are of being a fool for love.

Until next time my little barbarian fallopian sacks! Remember – 90% of any effort is getting started.

Quote of the week:     “The more you know about yourself, the less your chances are of being a fool for love.”

One thought on “How To Move on From a Relationship: A Lesson for the Loser Who Keeps Getting Dumped & Won’t Let Go”