There are many myths that lurk in the cold streets of Hottywood.  But let me tell you it’s not all the glitz and the glamour you may imagine.  It has nothing to do with sex, drugs or booze.  It’s not about money, fame, or chasing lost dreams.  Sure, there’s no denying all those things are great; they’re the perks that come with the package.  It’s about so much more; more than principle; more than revenge; even more than respect.  Because in the hills of Hottywood, you’ve got to want it all.

The day started like any other – brandy, spiked with a little coffee – iced.  A tailored pinstripe get up, accessorized with expensive shoes, and a few slices of bacon wrapped in aluminum foil to get the day going.  Afterall, breakfast is the most important meal of the day.  I got a call from Jimmy “The Fish,” asking me to meet him at the cafe on the hill – low key and under the radar.  Jimmy and I go way back.  All the way back to when tube socks with rings around the ankles were just as popular as stiffing a meter in a cab.  You couldn’t pin old Jimmy though even if you were a sumo wrestler on steroids.  He’s slippery like a fish and would rat you out for a nice shiny brick of gold.  But he doesn’t lie.

I met up with him at the Banana Boat cafe.  It’s a classy dive with crappy music, but the drinks make up for the misinterpreted entertainment.  As I sipped on my Jack and coke, Jimmy confessed to me that he’d gotten mixed up with some bad guys over a small bag of ice worth more than Paris Hilton’s “That’s Hot!” phrase.  He needed me to hold the prize while he got his name off the radar.  I figured I owed him for all the jams he’s gotten me out of in the past. I generally don’t mix with the bad guys.  However sometimes you have to know some in order to determine how to play the game.  At any rate, I agreed to help out my pal.  Anything for a friend, right?

Upon leaving the block of the rendezvous point with Jimmy, a long, black stretch limo pulled up in front of me.  “Mr. Hottywood, I presume.”  A husky voice traveled behind an exhale of smoke from a Cuban cigar smoking creepy old guy with dark shades, speaking from the other side of amber tinted windows.

“Are you a bill collector?” I asked, sarcastically yet calm.

“You can say that.” he responded.

“I don’t believe I caught your name.”  This conversation was taking a risky turn and I wasn’t wearing a seatbelt.

And with that reply, the window raised until the only thing I could see through the glass was my own reflection, just before the limo drove off, leaving me with an accelerated heart beat and some bruises on my ass from kicking myself for getting mixed in Jimmy’s scum wraps. 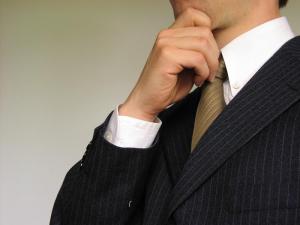 I decided to skip work and head back to the loft for a pick-me-up with nothing more than my thoughts and a chilled bottle.  Why would Jimmy pawn his stash onto me knowing this deal was something more than I’d ever get involved with?  Jimmy’s many things, but careless is not one of them.  So now it’s time to think; think like Jimmy.

After a few sips and a couple of zzz’s, I hit the pavement.  I had to get some scoop on the tobacco inhaling boss man.  I had to be prepared for anything.  Greed is blind and it doesn’t know when to stop.  It’s up to me to find order.

He’s one of the city’s top crime lords.  He owns most of the swankiest hangouts, stock in the local police department and every hustler on every corner this side of the oak tree.

First rule of the game.  Know your enemy.  I think it’s about time to pay a visit to Miss ChiChi Ortegaopolis.  She’s my dig on the inside.  You’d be amazed at how much information you can learn about someone with nothing more than a nice smile, good interpersonal skills, a cigarette and a blackberry.  It’s time to even the playing field.  Mr Ward, let the games begin.

Unironically, nearly moments after I shagged my set of eyes for a little 411 on my S.O.S, I noticed I was being tailed by the cops.  This time, unpaid parking tickets had nothing to do with anything.  This was a setup.  However things came to no surprise.  Nothing suprises me in the hills of Hottywood.  My snitch is just as elusive as Jimmy.  She’s dangerous, conniving and manipulative, but a real knock-out.  And beauty is one cold mistress.  One thing I’ve learned from this fox is that there are a few simple rules that behooves a guy to know if he must scrap with the big dogs:

Like the steady breeze of the wind, I gave the feds the slip and made my way to the west side of town; where the other half lives.  Acres of land, gated properites, watch dogs and armed agents.  My kind of party.

I came face to face with large Egyptian inspired engravings on a door fit for a castle.  “Mr. Ward’s got style,” I thought to myself, though I wasn’t surprised by the flashy taste money can buy.  I rang the doorbell, which chimed louder than a bell tower,  however to no warmed welcome.  In fact, to no welcome at all.  So I took it upon myself to invite me in. 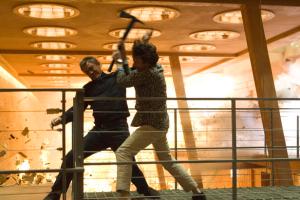 The guards that stood at all the entrances were a breeze to get passed.  I always say, “a few Taebo kicks and punches does just as much damage as it does good.”

I patrolled the home, taking in its exquisite artwork, high ceilings and no sense of coziness, only to be distracted by an infuriated voice coming from behind a slightly shut door.

“You idiots!” Mr. Ward shouted into his tightly gripped telephone receiver.  “What do you mean you let him get away? Find him and I mean right now!”  The force he put behind slamming the phone on the desk revealed all the signs of strings unraveling.

“Mr. Ward, I presume.”  I stood confidently in the threshold of the acoustics-filled office.

“Wha…What?  How did you get in here?  Guards!”  Frantic is the only way to describe the mood.

“I wouldn’t bother disturbing the guards.  They’re all napping right now.  You see Mr. Ward, I don’t like being intimidated, followed or attacked.  That isn’t a proper way to play nice with other chaps, wouldn’t you say?”  The tone in my calm voice lit a fire under his rage.  He was like a bull seeing red, much to my delight.  There’s nothing more gratifying than having a high lead over your opponent.

“Now you listen to me, you little prick!  You’re going to give me those diamonds even if it costs you your life.”  His rage was targeted and his eyes empty.  He stood tall, his shadow draping the wall.

“Diamonds, Mr. Ward?  You mean the diamonds that you stole from Louigi Vasquez and his boys during a certain high stakes game of poker?   You see, I know a little more about you than you think.  However where you got the goods and from whom, I’d say, are the least of your problems.  I think you should be more concerned with that entourage of very pissed off gentlemen surrounding your home with big shiny guns and baseball bats, who I bet are just itching to take back what you stole from

them.  The most interesting part of the equation is that all of your guard dogs are asleep and you’re unprotected — without your precious diamonds, I might add.  You’d better think quick, old man.  You haven’t much time.”

When the first round of bullets crashed through the glass of the office window, I knew it was my time to escape.  My plan was merely set in motion.  It wasn’t quite over yet.

Three days later I woke up early to meet Jimmy at the Banaba Boat for another 80 proof cocktail.  He brought with him a most entertaining front

Although we laughed at the fact of Mr. Deonatello Ward finally getting a taste of his own medicine, no doubt jeopordizing the lives of his knights of the roundtable, we found more humor, as well as solace in knowing Louigi Vasquez and his gang will never find out what happened to the ice.

Jimmy actually came through in the end.  He always said that I was the smartest, most capable person he knew, and that he could trust me with anything.  Even his life.

In the end, I learned that even though our friendship had its rough moments, the 50% split Jimmy offered me for the diamonds more than made up for the heat.  $75 million never looked so good.  I guess sometimes it pays off to hang with the wrong people for the right reasons.  And thus ladies and gentlemen, concludes a day in the life in the hills of Hottywood. 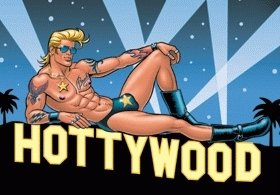