Here we go again – another morning where the alarm clock’s death must be blamed on suicidal behavior.  Who does a guy have to screw to get a few extra hours of sleep around here?  Ladies and gentlemen, if you didn’t know, the #1 cause of early morning violence stems from the substantial lack of a.m. snooze time.

No one in their ‘right’ mind actually enjoys waking up from a beautiful wet dream to face the hum drum of rush hour traffic, inconsiderate metro riders and annoying morning people at the office, or even church for that matter.  It’s not natural.  In fact, it’s just plain wrong.  As we turn on the news each morning to listen to the new catastrophes that have taken place in the night as we rest in peaceful slumber, we hear about the hostility that plagues our nation’s streets.  It has nothing to do with racism, sexism, religious discrimination, financial trauma or unfair, unwise or unethical political choices.  It has everything to do with the fact that half the damn world is filled with NON-morning people – people who hit the snooze button on their alarm clocks so much and so hard until it’s considered domestic abuse. 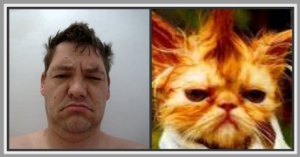 Almost every person who lives and breathes wakes up to a cold blustery wind and hot stale morning breath and is cursed to face the enemy known as the “robotic morning person.”  That irritating schmuck is a curse in himself.  He is a test to see just how much self restraint one holds when it comes down to punching someone in the bottom lip for saying those fight-provoking words, “Good morning!”  I ask you, “What the hell is so good about it?  Do I look like I’m having a good morning?  Do I look as if I’m enjoying this conversation with you?”

These are the types of things we think about as we unwillingly sit in our a.m. staff meetings or next to the fat chick on the bus who has us smashed in our seats while she snores uncontrollably, almost as if to mimic a lion who has escaped from the zoo.  “Move your big ass over so I can close my eyes and do the same damn thing!”

I present to you “VIOLENCE,” once again stemmed from substantial lack of a.m. snooze time.

There should be a unified petition to start our days off between the hours of 10 am – 12 noon.  Work days should be shorter with nap times to replace smoke breaks.  Weekends should begin on Thursdays.  Church and school should be held via web and telephone conferencing.  This would cut down on our crime rate in America.  Factor in a few alcoholic beverages, a couple of calorie packed hamburgers for breakfast and absolutely no stupidity talk before 3pm and our world would be a much better, happier and safer place to live.

Since the dawn of time man has been challenged to refrain from throwing a brick at the rooster that cock-a-doodle-doo’s his loud ass at the crack of dawn.  We have been challenged to open our eyes in the dead of night, only to be laughed at by the clock whose little hand rests on the “5” while the big hand caresses the “12”.  “No more!” I say.  The madness ends here!

It is time for all grumpy morning people to rise up and beat the living day lights out of morning and all who support it.  Sure, Starbucks’ sales may decrease a little, but consider the spike in annual revenue for liquor stores, television broadcast stations, the world-wide web network and pajamas manufacturers.  Consider the dark circles people will no longer have under their eyes.  There is way too much to be gained for 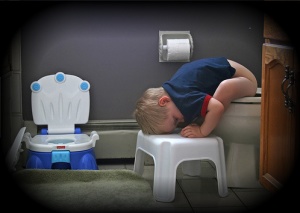 the ingenious concept of beginning our days later, all for the sake of catching a few more Z’s in the morning.   It wouldn’t even require any effort.  In fact, it would take more effort of stupidity of anyone who isn’t bright enough to agree with this brand new way of living.  Think about it.  No…better yet, SLEEP on it!