Many times we, as the soft-hearted jelly fish that we can sometimes be, are underestimated by our kindness and generosity.  Though those are two traits most people would consider to be commendably worth having, there are those moments when we, ourselves, would have to argue otherwise.

It’s not uncommon for a person with a heart made of gold to loan out money, advice, time, effort or even their bodies, depending on the amount of whining one does to gain sympathy.  But as much as our hearts allow us to say yes, our minds must play the devil’s advocate.

Rhetorical Question:  “Who the hell do you think we are?”

We, the kind and just people of the world who feel sorry for all you stingy, needy ass people who can’t or won’t go out and do for your damn selves, have finally taken a stand to unite and say, “F*ck no! Don’t ask.”

As harsh as it may seem, it’s about damn time that we strike you over the head with what many people call “tough love.” 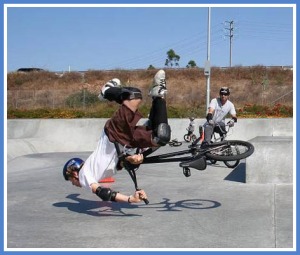 I know this is a little cruel but deal with it.  It’s the price you have to pay for always having your hand held out; always expe

cting something for nothing.  You might as well be a puppy.  Do you feel bad yet?  Because you kind of should.   There’s no reason for a person to be a lazy, trifling, no-go-getter when the world around them scuffles for a better tomorrow.  You need to stand up and move to the side because you are doing nothing but dirtying up the coat tails of the person who stands ahead of you in the game called life.

You want some real advice?  Don’t worry, it’s free.  Get a job or get lost!  Neither takes that much effort.  After all 90% of any effort is getting started.    The rest is money in the bank.

Quote of the week:     “Borrowing is not much better than begging.”