Contrary to popular belief, anyone or anything that stumbles across a hungry man’s path 20 minutes before and up to 45 minutes after the high noon lunch hour better be well-clad in metal armor and armed with a can of air freshener because stepping into that kind of line of fire [while someone is hungry or full] is a sure way to get the sh*t beaten out of you.

A long time ago, a caveman came up with this rule while he was sh*tting in the bushes moments after ingesting a baby dinosaur leg.  Sadly, the caveman 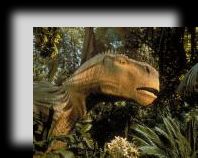 was attacked by the mother dinosaur, which followed his scent back to his camp after she couldn’t find her young.  What the mother dinosaur didn’t know was that it is never wise to mess with a man after he’s eaten.  Because every man would prefer at least 30 minutes of self time for his food to digest and his gas to pass, f*cking with him before his stomach settles is one bad idea — even for a dinosaur.  The ass kicking of the mother dinosaur led to two things:

For this rule to have existed since the dawn of time, you would think that in this modern age, stupid ass office employees and nagging wives would’ve learned to keep their damn mouths closed during a very memorable pre and post experience of the stuffing of the face.  Alas, they have not. 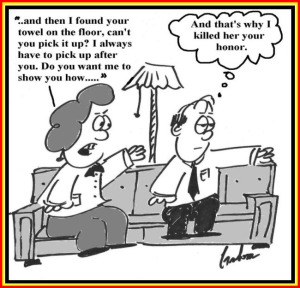 ble beat down because people have chosen to violate man’s only chance of peaceful, self-deserved alone-time.  So many of these violent acts caused man — and congress — to insist that the average man spend his post-eating quality time in a restroom facility, closed off from the rest of the unappreciative world.  There has not been, unfortunately, a time set aside for all the greedy bastards who have yet to embark on a pre-eating stage of hungrism.  Because of the lack of commitment in protecting our citizens from such a brutal warning of no measure, it’s just advised to keep your damn distance until you’ve heard a belch or smelled a fart for yourself.

Many citizens of the great working world have all agreed that there are key phrases to let a person know when the window of opportunity is temporarily nailed shut for any approach of annoyance or plain old bullsh*t.  Such phrases are listed below:

These are just a few warnings to let a person know when now’s not a good time.

It doesn’t take that much exertion to avoid getting your face smashed.  Just keep your pestering ass away from all people whose stomachs growl louder than their raspy voices or whose butt stench smells like cheese and dill pickles.  Once you’ve mastered the art of knowing when to stay the hell away from people, you’ve mastered a very useful skill.  All it takes is a little effort.  And 90% of any effort is getting started.

Quote of the week:   “Never go to a doctor whose office plants have died.”