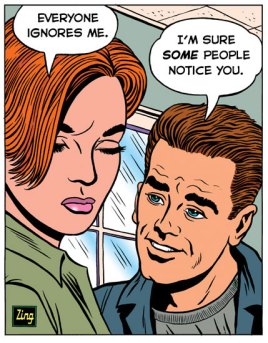 Somewhere in our cold steel-plated hearts there is a soft spot for those less fortunate than us.  And though we often feel guilty for turning a blind eye to those poor folks who beg for change at the bus stop or stroll up and down the metro train asking for money to get out of the subway, we can’t help but to ask ourselves, “Where do we draw the damn line?”

There has to be a breaking point when it becomes okay to scream at beggars and panhandlers – using our outside voice, of course – to tell them that the only thing we can spare is the Employment section of a newspaper.

Guilt is nothing but life’s gag gift.  It’s just an unfunny way for the universe to laugh at us for one thing or another.  However there are some times when you can return that unwanted poorly wrapped swag bag.   No one is – or should be – stupid enough to feel compelled to offer their hard earned funds to people whose hardest [and only] job is to beg for spare change.  The average person would be more than happy to oblige sparing an ass whooping, but there’s not much one can buy with that.

“Dear Mr. & Mrs. Beggar, I wish I could help you this time but I really don’t want to.”

Seriously, enough is enough!  As if watching those h

orribly sad Save the Children infomercials weren’t enough to guilt us into giving our last dime, here you come bombarding us with your liquor-stained breath as you attempt to make your sob stories even more saddening than the poor kids over in the mother land who suffer from kwashiorkor.  And on top of it all, you come begging with an asking price!  It’s no longer $.50.  You ask for anything anywhere between $2.00 – $5.00.  That’s just enough money to go out and by yourself a ½ or whole pint of gin, vodka, or any cheap brand of dark liquor.

With the economy the way it is now, who the hell can afford to make ends meet and buy your booze?  Sure, you ma 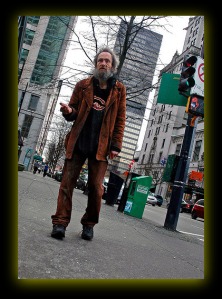 y want us to believe that you’re not an alcoholic but trust me,  the smell of liquor seeping out of your pores is a dead give away!  And you try to mask that scent with a heart wrenching, “Excuse me sir, can you help me buy a sandwich?”  HELP YOU BUY???  What are you bringing to the damn table?

Look, don’t get me wrong.  I’m not encouraging people to put a pad lock on their wallets and spray ‘Begger-Begone’ all over themselves like it’s some kind of insect repellant.  What I am encouraging is for people to realize that they don’t have to be bamboozled into paying for someone else’s bump.  Especially if they’re not at a nightclub getting someone all liquored up in hopes of getting lucky later on.  Believe me, what you won’t give them, some poor, unsuspecting and obviously affluent fool will.  Whether that fool is you or the person standing next to you, you can rest assured that it won’t be me!  Even if I have to try really really hard to be tight with my change, I find comfort in knowing that 90% of any effort is getting started.

Quote of the week:     “Keeping in mind that many people want many things – people in hell want ice water but you can bet that’s not gonna happen.”