It’s time for an individual personality assessment.  Half of the people who take up the Earth’s oxygen need no one to tell them what kind of a screw up they are.  Alas, the other half of Earth’s people can’t wait to point their fingers and redirect the focus from their own jacked-up characters.  Though it’s no secret that the people of Hottywood are less than afraid to speak their minds when it comes to that one bad apple in a bunch, HottywoodHelps.com challenges you to assess yourself to gain a better understanding of how people perceive you.

Keep in mind that if any of these characteristics offend you, then you’re probably more guilty of being type-cast than you’re willing to give yourself credit for.  Unfortunately that’s a problem you have to deal with within yourself.  Hottywood can only help you realize you’re not as perfect as you want everyone to believe.

The “diva” is probably the most common pit-sniffer there is.  Initially the Italian term diva, first introduced in the 19th century, was used to describe a celebrated female singer in the world of opera.  As time progressed, drag queens’ wigs got bigger, and heaven forbid we dare forget the phenomenon we all know as the woman who vows “Crack is Whack” – dear old Whitney Houston, the term [diva], by extension, grew to describe women, and in some cases men, in theatre, cinema and popular music.  Today a diva can be anyone who believes their sh*t doesn’t stink; someone who prides themselves on living on a plateau above from common folk.  And by ‘common folk’ we are referring to anyone who doesn’t give a damn about the diva at all.  The diva is most likely to get beat up in an alley by someone with a low tolerance for self absorbed people. 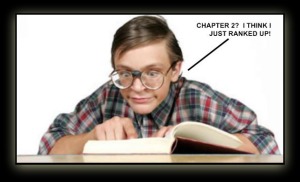 The “powerhouse” is that man or woman who knows he/she is the sh*t but spends more time displaying the reason for being the best at the game through action than word of mouth.  They are the person the diva aspires to be, but unfortunately can’t cut it as.  The powerhouse is typically strong in will and determination and will not rest until a job is done to their satisfaction.  If there was ever anyone’s paper to copy off of during a test, he/she is the person you’d bully into giving you [all the right] answers.  They’re intelligent and resourceful — sometimes too much for their own good.  There aren’t too many days that go by where you don’t want to tie their shoe strings together out of sheer envy.  They are bad mamma jammas but will let you tell it instead of announcing it for themselves.  They deserve kudos for their less than humble personal awareness and probably will get the accolades by any means necessary, simply because success is the only option. 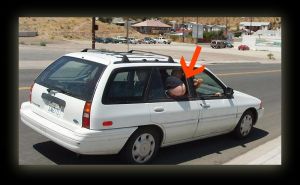 The “asshole” will stand out in a crowd like a puppy’s aged crap load.  They demand your attention to their snake-like ways.  They are trouble; danger; red flags, even.  Everything about them stinks – their personality; disposition; intension; motive; loyalty.  You name it and it stinks!  They are on the bottom of the totum pole merely because no one likes nor trusts them.  They are typically the first to throw you under the bus or even in front of it, for nothing more than their amusement.  Like the diva, the asshole is prone to getting his/her chest pumped with a round of half eaten M&Ms shot from the barrel of sawed off water gun.  When you see an asshole coming your way — and you will because they’re on every corner, like liquor stores and churches — slap them on the forehead and take off running in the opposite direction.  Just be cognizant that the asshole is all about payback.  To them, revenge is sweeter because it keeps asshole-ish drama going.

The “unpredictable” person is that someone that’s all right to be around because you never know what to expect.  Just as soon as you think you have their page all read, they’ve written a new verse.  This person is one who can surprise you when you least expect it – and I mean that in both the good and bad sense of the way.  They can be as needy as the diva, as confident as the powerhouse or as shady as the asshole.  Their prediction of personality could depend on the time of day, the direction of the blowing wind or the rumble of a lactose-intolerant stomach.  You can roll the dice all you want but you’ll never know how your luck is going to run with this one.  The fun part is figuring it out, then dealing with what you get.

Many are guilty of carrying one of the traits of these common characteristics – ‘many’ meaning ‘everyone.’  No one is innocent enough not to pull it off, unless they are about not-born yet years old.   There’s a little bit of a diva, a powerhouse, a certain level of unpredictability…and yes, even a great or small amount of an asshole in each of us.  It’s what makes us special and interesting, to say the least.  The hard part is keeping a great percentage of those overbearing qualities to ourselves, however the good news to that is 90% of any effort is getting started.

Quote of the week:      “Time changes everything except something within us which is always surprised by change.”