Are you one of those people who are taken advantage of by folks in and out of your inner circle?  If you are, you’ll be happy to know that you’re not alone.

A wise man once said, “some things are better left unsaid.”  Obviously that wise man wasn’t wise enough to have anyone need him for anything.  So he probably wasn’t that wise to begin with.  Therefore I, being the wise man that I am, am standing up to tell you that sometimes you need to tell needy mofos to get off your jock and fix their sh*t their damn selves, because if you weren’t around to make their lives easier, they’d have to do it themselves anyway.  Either you be honest and tell them to leave you the hell alone or simply kick them where the sun doesn’t shine…which is always the first alternative choice!

To the people who only call when they need something.  You morons may think we are stupid but the only person who is stupid is you!  You can call us until you’re blue in the face but sooner or later we are going to tell you to go shove it.  When your name flashes across the caller id, if you’re not calling to tell us that someone has died, your best bet is call us to tell us you’re dying because that’s the only way we’re going to have enough sympathy to get off our asses to help your ass out.  If we needed something, could we call on you?   Hell no and you know it.  You creeps always have an excuse why you can’t be around when the chips are down.  So go choke on some potato chip crumbs.  And when your air pipes have clogged until you’re gasping for that last breath and you need a ride to the hospital, don’t call us because we won’t be available. 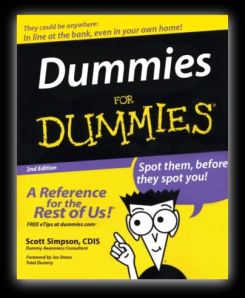 To the people who are too lazy or dumb to do anything for themselves.  You’re too indolent to take a wild stab in the dark to try to accomplish anything for yourself without the help of others so you whine and beg until someone feels sorry enough for your ass to give you a hand.  Well the jig is up, swine bait!  If we weren’t around to perform all the hard labor while you take the credit and smile in our faces, you’d have no other choice but to fend yourself.  So here’s a word of advice for you: No one likes laziness and not too many people can stand being around someone too dumb to take the initiative to invest in their own doing.  Because you are the type of person that you are, may your socks forever slouch to your ankles and your underwear always itch.  Those are two things no one is going to be dim-witted enough to work on for you, so let’s see if your balls are big enough to ask for help with that.

To the people who only help you when there’s something in it for them.  We’ve peeped your game.  You only come around when there’s something in it for you, that’s why no one bothers to call you for anything.  We will give you a little bit of credit though, for offering your help, even if it does mean you’re only offering because you think you’re going to get something out of the deal.  Well how about this?  We’ll promise to give you a cut of the profit for lending us your help, but we won’t promise on when we’ll deliver on that promise.  That’s right, just like you’re intending on using us for your

own personal gain, we can play that game right along with you, you selfish skunk butt.  We’re not idiots.  We’re going to accept any help you offer us, but after we’ve used you for what we need, we’re simply going to accidentally push you over a cliff because we already know you’re not gullible enough not to realize that we’re playing you at your own game.  But we’re pretty confident that you’re credulous enough to fall for your own prank once.  We’re not giving you that much credit.

To sum it up nicely; if you think we’re going to continue to be your crutch, for whatever reason, then the left side of your brain is just as malfunctioned as your right.  We are smart enough to know that if all you assholes keep coming to us for help, then we are smarter than we give ourselves credit for.   And if we don’t think we’re that smart, we’re smart enough to know that 90% of any effort is getting started.  So what we don’t know we can surely learn.  And learn it we shall without any help from you!   Sianara byches!

Quote of the week:   He who asks is a fool for five minutes, but he who does not ask remains a fool forever.