Kats & Kittens, over the course of the last 2 years we’ve discussed many things.  If you’ve been keeping up with the rest of the class then you know the syllabus.  If not then it sounds like you have a lot of homework for the weekend.  But let me give you a quick run down: Booty-calls; haters; sickening morning people; stalkers; selfishness; things not to say to your boss; and a host of other interesting lessons that prove to be valuable while 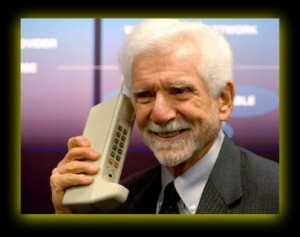 not failing to forget the humorous twist.

This week we will cover the basic stupidity of text messaging.

How many of you remember when cell phones first came out?  The big ass portable phones replaced the convenient inconvenience of the pager.  Back then, it was more acceptable to use numbered codes to get your points across: the upside down “7734”; the emergency “911”; the news-worthy “411”; and the ever-famous late night “69”.

Now we’ve tripped up on a new era of communication – one that I don’t necessarily hate, but am also not a huge fan of, either.  If you’ve fallen prey to the following text messages, then you understand that these terms are nothing more than a combination of a nail, a hammer and a coffin: 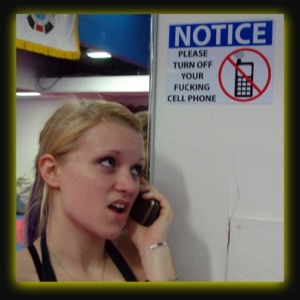 All I have to say to these stupid messages and those similar to them is, “WTF?”

Believe me, if there’s anyone who hates the phone, it’s me.  It has nothing to do with useless, pointless, uninteresting conversation, I’m just lazy and don’t like holding the phone up to my ear for more than 5 minutes of my life at a time.  And truth be told, having a Bluetooth in my ear is quite uncomfortable.  The only things I want on my ears are earmuffs [in the dead of winter] and maybe two baby squirrels, but that’s a conversation for another time.

to spend unnecessary time sitting across a table staring into someone’s ugly mug, but when you get into the bulk of some of these horrid messages, it’s a big old case of being stuck between a rock and a hard place.

Think about it.  Who the hell has the time to decipher some of the codes that run across our phone screens (the IDKs; the IKTRs; the WYDs)?  And who is bored enough to answer some of the questions that people shouldn’t be dumb enough to ask via text message (“Do you miss me?” “Are you sleep” or the most annoying, “What’s up?”).  Here’s a text message for you: LEAVE ME ALONE.

Don’t get me wrong.  This post is not written to down play the convenience of text messaging.  Truthfully, it’s a gigolo’s answer to a prayer.  But unless you’re a man living off the earnings or gifts of a woman in return for sexual attentions and companionship, smoke signals would be about as necessary as text messages.

If you simply must refer to eight fingers, two thumbs and a micro keyboard, invest in a smart phone and make better use of your conversation and language so that the ordinary man/woman can understand what the hell it is you’re trying to say.  Otherwise, you’re just wasting your damn time.  This would probably be a good time to say, “thank goodness 90% of any effort is getting started.”  But if this message is going to the intended target audience, I suppose the most appropriate term would be “TG90%OAEIGS”.

I guess if I hate talking on the phone and am utterly confused with this whole text messaging thing, I’d better learn to read people’s minds, because telepathy seems to be the only other alternative left for communication.

Quote of the week:  “Everyone behind you is not following you.  They’re only behind you to see where to put the knife.”