A good friend of mine finds herself comfortable enough to tell me all the details of her personal life with her boyfriend. What she doesn’t know is that I used to be attracted to her myself, which is why I once found it difficult to stomach her intimate stories. Now that I’ve accepted the fact that she and I will never share an intimate relationship of our own, I’m finding it more and more difficult to listen to her rant about her man. How can I tell her to stop without hurting her feelings or damaging our friendship?

~Mr. All Choked Up

Dear Mr. All Choked Up, 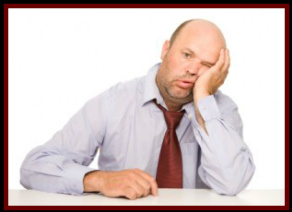 I have to warn you that telling anyone [especially a woman who is stuck in her emotions] to stop doing anything they feel comfortable doing never goes over well. Before you can fathom doing anything at all, you should slap yourself on the forehead for allowing her to grab you by the balls and pulling you into her girl talk. What’d you expect?

It’s common knowledge that when men discuss the intimacies of their relationships, the conversation is usually revolved around locker room brag chat or smash points accumulation. When women discuss the intimacies of their relationships, bragging whether to a full extent or partial, plays a key role in the purpose behind their conversation. But when a woman discusses her relationships with another man, it’s just plain pointless and often times wrong, only unless she’s seeking advice from a man’s point of view. Even still, it wears thin.  No man…hell, nobody for that matter wants to hear about the goings on of what a couple does behind closed doors, especially if they have no stories to respond with in comparison. The words, “I don’t give a f***!” comes to mind. Unfortunately because women are typically much more sensitive than men, there is no nice way to tell your girl to put a sock in it. Your options are limited, pal. Sorry.

Tell her the truth – You just don’t want to hear it. Be warned that she may think you’re cold, jealous, rude, mean, inconsiderate, or unfeeling and she’ll eventually never tell you another damn thing for as long as you live. Even if you have a booger hanging out of your nose or your fly is open. In this case it’s true that the truth will set you free – free from all your listening annoyances, and quite possibly free from the friendship all together.

Tune her out and imagine her naked. This rule doesn’t only apply to public speaking. Tuning out anyone is the best way to keep from freaking out, cursing out, crying out, or passing out. You may want to be careful though. If you once had feelings for this mamasita it wouldn’t be surprising to get a woody while imagining her naked. If you’re standing face to face with her, speaking with your head instead of your mouth stands to get you in a lot more trouble than it’s worth. She may feel uncomfortable talking to you any more because she’ll view you as a spotted horny toad. She’ll think you want to bone her. And if she’s as hung up on her man as you imply, she’ll tell him about your boner and he’ll no doubt be on the hunt to whoop your ass the first chance he gets.

Always have a story that will outdo hers even if you have to make it up. This may or may not work. Women find it exhilarating to discuss the behavior of other women. They’ll even take your actions and reactions to the stories you tell and use them against you. Option #3 could paint a negative and/or positive image of you in your girl’s eyes. Your stories may either annoy her or drive her to revel in the delight of her own relationship even more. It’s usually a 50/50 chance when trying to outdo a woman in a discussion over matters of the heart. I would only suggest using Option #3 if she breaks up with her boyfriend. Once she’s single the last thing she’s going to want to do is listen to the summaries of your hookups because it’ll remind her of just how single she is. Sadly though, she doesn’t give a rat’s ass about how you feel about listening to her pleasurable details. Is this a double standard? Yes. But what can you do? You’re a man. You’re supposed to be able to handle it.

Dive head first into a 16oz bottle of Deer Park water and drown yourself. The good news about this option is that when it’s all said and done you’ll be dead so you won’t have to explain the reason behind your suicide and you’ll no longer be around to hear ol’ girl talk about her relationship. It’s a win/win!