I’ve been getting busy with this guy for a while. I guess you can call us regular FBs. And I don’t think I want anything more than that. At least I didn’t think so until this morning. While “sexting” one another, he led me to believe he’s been hooking up with someone else. His text specifically read: “I’M HARD JUST THINKING ABOUT LAST NIGHT.” I didn’t see him last night. I want to be angry, offended, and/or turned off but all I really want is sex. 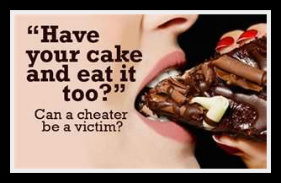 If you two are regular FBs and sex is all you want, then expecting him not to have a life outside of you is being greedy. You’re getting what you want from him. He’s getting something out of the deal. Everyone is happy. Since there is no emotional connection between you two, technically he isn’t doing anything wrong if in deed he is actually hooking up with someone else. He’s being casual while you’re putting an invisible label on your “relations[hip].”

Honestly, I really don’t see what your problem is unless you’re confused about whether or not you want to be sexually exclusive. And if that’s the case, what’s holding you back from getting to know what he’s thinking using the head that’s not hiding in his pants? Asking him to bone you and only you is a borderline relationship, anyway. All that’s missing is an emotional investment. If you don’t want to invest time in building on something outside of the bedroom, then you should just take your sexcapade at face value and be glad you’re getting any action at all.

Because you don’t really have a problem here, I’m going to make two recommendations for you: Take a chill pill and/or find yourself a backup FB to prevent your idle mind from wandering onto restricted grounds unrightfully.

Overall it simply sounds as if you need to take some time to think about what it is you want. You’re on a fast track to giving this guy a hard time. If you don’t play your cards right, you’re going to end up being cast as a main character on the hit series “Sexless in the City.”