I’ve unknowingly been having relations with someone who failed to mention to me he’s in a relationship. I found out on Facebook. Should I be in my feelings? 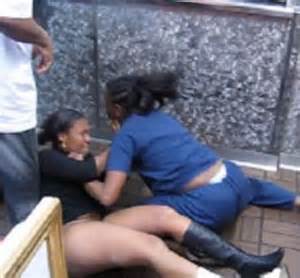 If I were you I’d feel some kind of way, too. Morally speaking, it shouldn’t feel great to phuck another woman’s man. That would make you look like a bit of a whore bag and would be a justifiable reason (in the other woman’s eyes) to get your ass whooped [by his girlfriend] when she finds out (keyword: WHEN). If homeboy has been digging into you and his girlfriend, that would imply that he has no respect for either one of you, and leaves you to wonder how many other chicks he’s banging. You should be mad about that. You should also be a little scared and quick to get yourself checked out. Dial 1-800-CLEANMEUPQUICK.

I’m not trying to make you feel bad, but the next time you screw someone who has a Facebook page, do a little research. It’s not stalking if you’re going to drop your panties for him anyway. Most people post their whole lives on Facebook, so in his eyes he probably didn’t think he was keeping any secrets from you. Like a lot of men do, he just didn’t tell you his full story. Surprisingly you didn’t check. But I bet you learned a lesson, didn’t you?

Cut your sexual ties with this dude, at least until he gets dumped by his girlfriend, or to put it nicely – unhitched. He’s either going to get dumped or he’s going to get tired of pretending to be faithful while he boinks you and whomever else he’s openly phucking in secret. If he’s a great lay you don’t want to lose his contact for good. If he’s a lousy lay, you have nothing to lose but your pride.

If it’ll make you feel better, do it to him one last time. I mean do it so good that you put his ass in a coma. Then when you hear him snoring for at least 20 minutes uninterrupted, put hot wax on his eyebrows or instant hair removal and let ‘er rip! He might attack you afterwards but mentally and/or emotionally you’ll feel better. Physically you’ll be in a lot of pain if he catches you, but you can’t blame that on me. I can only solve one problem at a time.