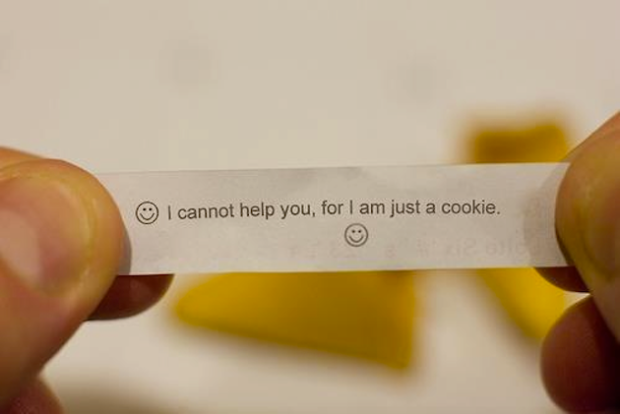 If this is what your luck has in store for you this week, GOOD LUCK!

No snowflake in an avalanche ever feels responsible.

There is nothing good about getting kicked in the mouth by a llama. You will learn this the hard way.

You may have to wait until late in the day to have a showdown with a three legged squirrel on steroids. Be patient. The time is coming; or not. Whatever.

It’s possible to go shopping your whole entire life and still have nothing to wear.

There’s no time like the present, although you said that yesterday, in which case if you haven’t done what you didn’t do yesterday today, then tomorrow probably isn’t looking so good either and you will have proven yourself to be a big fat liar. Don’t be a big fat liar.

You might question the quality of your own ideas. Good. You should. They are dumb. Tomorrow may be a better day for you but you might want to question that, too.

The sooner you finish something that will seemingly kick your butt, the sooner you’ll find an angry mob of dwarves standing in line with pitch forks and baseball bats waiting to recoup the money you borrowed from them 14 weeks ago during a drunken rave with a floosy you met on the side of a highway.

You will meet a box from a far away land.

Asking someone to show you where the Self-Help section of the book store is defeats its purpose.

You’re not totally useless. You can be used as a bad example.

It’s not a secret. It’s just none of your business.

Quote of the week:   “There are 23 nicknames going around for you. None of them are flattering.””